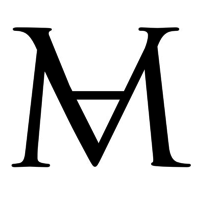 Viña Moraima S. Coop. Galega is a small wine cooperative that was established in 2006 in the council of Barro (Pontevedra), which from the very beginning of its activity was registered under the “Rias Baixas” designation of origin. The distinctive aspect of Viña Moraima is that it is composed of wine producers, some of them based on century–old family traditions, who decided to get together to produce wine with the distinct character of the vineyards on the Salnés Valley slopes.
Building on an agricultural system of integrated production, the cooperative has primarily invested in providing state of the art technical equipment for the winery in order to get the most out of the grape’s quality and thus obtaining, as a result, single varietal wines of 100% Albariño ABA DE TRASUMIA and MORAIMA Albariño using old prephylloxera vines and a 5 months aging on lees in and a 100% Caíño Tinto, MORAIMA Caíño, a unique effort to recover traditional red wines in Rías Baixas.