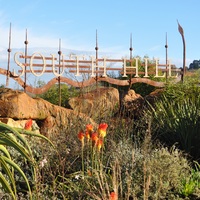 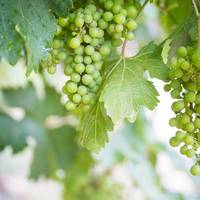 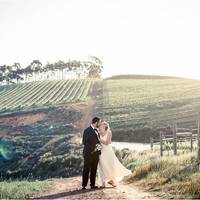 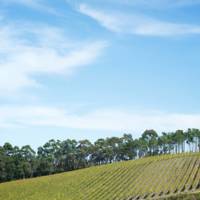 The Venue at South Hill Vineyards nestles at the eastern end of the picturesque Elgin Valley. Surrounded by the Kogelberg Mountains, neighbouring orchards, pine forests and the farm's own vineyards, The Venue is a very special place.

The peace and tranquillity of the valley set the scene for an array of functions which can be held in this versatile Elgin facility.

And this less than an hour's drive from Cape Town, Stellenbosch, and Hermanus.

Enjoy good food, good wine and great atmosphere at your own purpose-planned celebration at The Venue, South Hill.

What could be better than having the freedom to plan just what you have in mind for your special occasion?

South Hill was previously known as South Hall Farm and before that, was made up of two subdivisions, Jan Niemandsbosch and De Hoop. The Elgin Valley is famous for top quality apples and pears, and the farm used to be planted with fruit orchards.

The cold winters, cool summers and the deep fertile soils which made the valley the obvious choice for apple farmers also means that influential and respected wine makers are now investing in Elgin.

South Hill was purchased by a consortium of four South African business men in May 2001, two of whom bought out the others in mid 2006, and has seen some dramatic changes since. The neglected apple and pear farm has been transformed into a premium wine estate.

If the general climate of Elgin is considered uniquely well suited to the growing of premium quality grapes, then the meso-climate on South Hill is even more so. With no shortage of water in the valley and a high annual rainfall, the Elgin area is the envy of many farmers in this generally arid land of ours. Although South Hill has the benefits of plentiful water, being in a rain shadow means that we have a third of the annual rainfall of farms in the north western part of the valley.

The drip irrigation in all of our vineyards can therefore be viewed as an insurance policy rather than a necessity and allows for greater manipulation of the vines in the pursuit of excellent quality fruit.

The topography of the farm has aspects ranging from gentle north slopes which, being warmer, are ideally suited to Cabernet Sauvignon, to steep south facing blocks perfect for varieties which require a very cool ripening season such as Pinot Noir and Sauvignon Blanc.

The underlying philosophy behind the redevelopment of the farm has been to capitalise on the natural beauty in a way that is sensitive to the surroundings. Policy decisions such as the planting of only indigenous trees and plants as well as the rehabilitation of natural fynbos were made at an early stage. The proximity of the Koggelberg nature and biosphere reserve, which has over 1500 different plant species, only enhances the importance of ecological responsibility which is so important to us as custodians of this idyllic area.

With spectacular surroundings, and abundant bird and wild life, it is sometimes hard to believe such serenity can be found so close to Cape Town and just five minutes drive from the busy N2. Once experienced, you too will realise that this tranquil piece of paradise will not remain the Cape's best kept secret for much longer.

Twelve hectares of Sauvignon Blanc were planted in 2003 and 2004. This cultivar has already excelled in the area due to the cool climate. What is surprising is the extent of the red cultivars, especially Cabernet Sauvignon and Shiraz. Any reservations were quickly dispelled by respected viticulturists who points out that even Cabernet Sauvignon prefers moderate temperatures during ripening, in order to develop complex flavour compounds. Moderate temperatures also allow the grapes to ripen phenolically, without developing excessive sugar levels and highly alcoholic wines.

We believe in rewarding our loyal customers and that is why we have decided to start this club. In addition to receiving a newsletter which we promise will be interesting and not at all long winded, you will also be invited to exclusive functions and stand a chance of winning lots of great prizes. We promise not to pass your details on to anyone else and in the unlikely event that you decide to unsubscribe it's as easy as pressing one button.

The 2016 vintage, has a distinctive limey citrus backbone, whilst retaining the tropical fruits such as granadilla consistent with the South Hill terroir. Soft, well integrated natural acidity maintains freshness and food paring versatility. This is a deliciously refreshing Sauvignon Blanc which is equally suited to being enjoyed on its own or as a partner to a wide variety of foods. Already showing lovely complexity, it will reward patience if given time to develop with age.

This wine was made from grapes which were specifically harvested with rose in mind and was not made from ‘bled juice’, a by product of red wine making. This allowed us to harvest at a balling which would translate to a respectable alcohol. The fruit was destemmed, crushed and received an average of 1,25 hours skin contact in the press before the pressing cycle commenced. This limited skin contact period was conducted in order to minimise the overtly herbaceous character. Wine The Rose is refreshingly dry. The nose bursts with cherry, strawberry and tropical fruit aromas which are followed by a fresh, yet juicy palate which finishes enticingly clean. Analysis Alc: 13.6% R.S. 1.3 g/l T.A. 1.6 g/l pH: 3.22 V.A. 0.3

All the grapes were cold macerated in tank at 10 degrees centigrade for 3 days. During fermentation, the wine was pumped over regularly to ensure soft tannin and flavour extraction. After fermentation was completed, the wine was left on the skins in full tanks for an extended period of 7 days to help integrate and round the tannins as well as assist in the structuring of the wine. The wine was then sent to barrels for 12 months where malolactic fermentation was completed. Only French oak barrels were used, less than 10% new wood, the balance being second, third and fourth fill barrels. Wine The wine has typical Cabernet aromas of black cherries and cassis together with a restrained and well integrated backbone imparted by the judicious oaking regime. The palate is fruit driven with juicy dark chocolate, opulent red berry fruit and an elegant minerality. A soft, stylish wine with ripe tannins, juicy fruit and excellent acid integration, makes it both deliciously easy to drink, as well as rewarding to savour. Drink now or over the next 4 years. Analysis Alc: 14.8% R.S. 2.4g/l T.A. 5.6g/l pH: 3.69 V.A. 0.79 Production 430 x 12 bottle cases

The Sauvignon Blanc portion lends a tropical character to the nose whilst the palate is fleshed out by the Semillon. The oak influence is extremely understated and plays a strictly supporting role careful not to interfere with the integrity of the fruit. This is a generous wine with a broad, complex palate and enough natural acidity to make it a versatile food partner with excellent aging potential. Analysis Alc: 13.7% R.S. 2.9 g/l T.A. 6.8 g/ pH: 3.26

The wine has beautiful clean berry fruits layered with earthy notes so typical of Pinot Noir grown in an environment ideally suited to its sensitivities. A subtle, understated wine that is both accessible but also cerebral for those who have fallen prey to ethereal charms of Pinot. This wine can be enjoyed now but will gain depth and complexity over the next 2 to 3 years. Analysis Alc: 13.27% R.S. 1.3 g/l T.A. 6.1 g/l pH: 3.49 V.A. 0.7

The wine has a generous fruit driven character with aromas of apricot and plum. The palate is soft and welcoming yet clean and refreshing, enticing you to enjoy another glass/ bottle! Whilst delicious now, it will definitely reward aging of up to 4 years after harvest. Great on its own, it will also make a fantastic partner to a succulent steak. Analysis Alc: 13.7% R.S. 2.1 g/l T.A. 5.8 g/ pH: 3.73 V.A.: 0.7 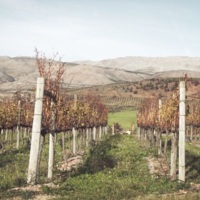 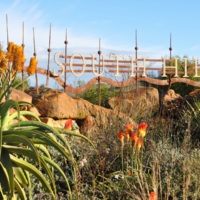 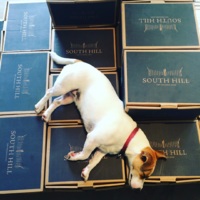 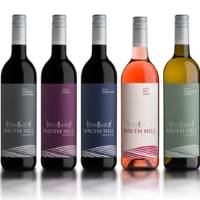 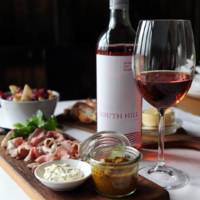 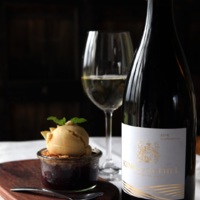 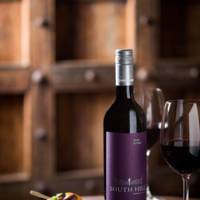 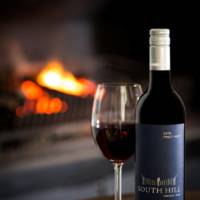 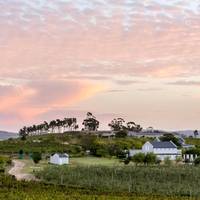 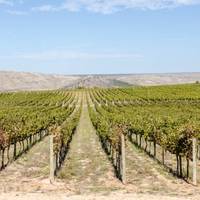 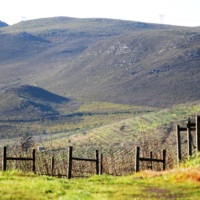 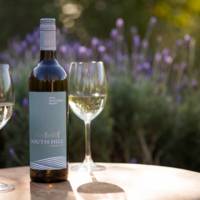 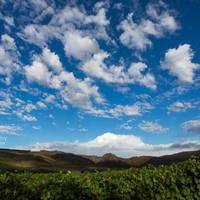