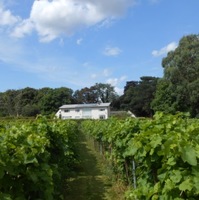 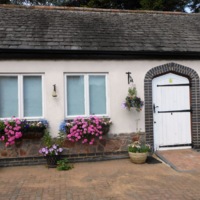 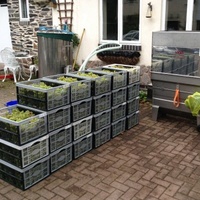 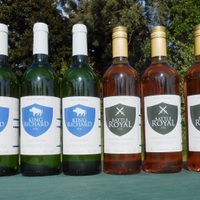 Boutique vineyard in Leicestershire countryside near to a steam railway line, The Great Central Railway. Nearby are Beaumanor Hall of Enigma fame, and Bradgate Park home of the nine day Queen Lady Jane Grey. The owner-manager, Liz Robson, is a history enthusiast and most of the wine are named for local history. The "War of the Roses" wines have been especially popular and the 2014 vintage sold out in four months. The 2015 vintage has been bottled and is already selling well.

First rows of vines planted in 2008. A hobby that got out of control!  After winning several medals and trophies a decision was made for Liz to retire as Principal Lecturer in Midwifery at De Montfort University, and devote more time to the vineyard. The first wines sold to the public were in late 2014.  1200 vines are currently in production, and a further 200 are being planted. These are early days but a promising start has been made.

Sandy top soil over a layer of glacial shingle on top of clay. The vineyard has a gentle south facing slope towards the Rothley Brook. The main problem for terroir are the frosts in early May which can take out the young vine shoots. A high wire trellis system has been constructed to protect from ground frost.

Still wines are made on site and sparkling wines made at Halfpenny Green Vineyard in Staffordshire. Wine is aged in stainless steel tanks or in the bottle.

The winery is in a converted farm building at the vineyard. The approach is artisan wine making, where loving care is given to the developing wines all of whom seem to have distinct personalities.

A small extension has been built with accessible toilet, office and small conservatory with wheelchair access. These new facilities will let us conduct wine tastings for small groups of up to 8 persons.

Produced using traditional method (methode champenoise). Demi-sec style. Bright and clear. A delicate pear and lychee flavour, with a touch of lemon and spice, enhanced with a delicate sparkle. The light style resembles a top quality proseco, but with greater length and complexity. Perfect with oysters, canapé, fish and for special occasions

Produced using traditional method (methode champenoise). Demi-sec style. Redcurrant and strawberry on the nose with just a hint of white pepper. Strawberry continues on the palate with good acidity and minerality leading to a long finish. Ideal to sip on a hot day, and perfect with strawberries.

Bouquet of hedgerow flowers and pear. Flavour of soft ripe grapefruit and melon with a hint of ginger and a touch of honey. Mineral backbone gives a good balance with a long finish.

An edgy, fresh wine that brings a great attack followed by a finish that is pure class, just like soccer's Premier League Champions - Leicester City Football Club. The club's followers are dubbed "Fearless" hence the name of this wine. On the border between dry and medium dry. Pear flavour with a touch of citrus and a soft mid taste with just a little gooseberry and honey. A long finish with good minerality and a hint of fennel and elderflower. y

The young king has come to the throne but needs a little longer before he can wear the crown. I feel he would benefit from a little longer in the bottle to gain maturity. Nevertheless, trade customers insisted that he was released and one third of the stock has sold. I suggest buying, before he sells out and leave in a nice dark, cool place to mature until Christmas 2017.

A young wine that won a silver medal in the week it was disgorged. Drier than the previous vintage, Spirit of Freedom, it has lovely fruit flavour and a fresh lingering aftertaste. 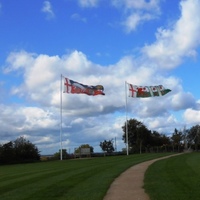 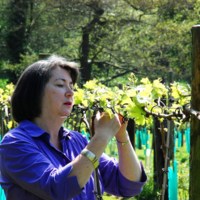 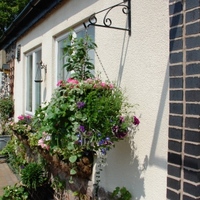 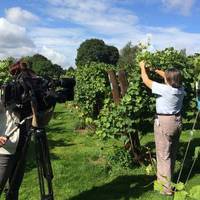 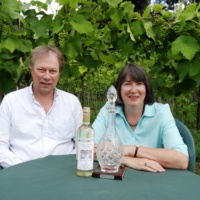 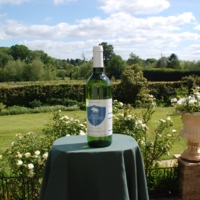 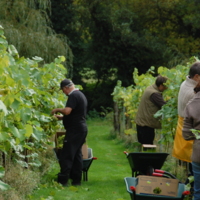 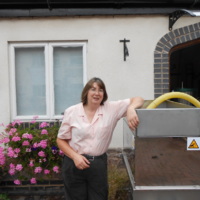 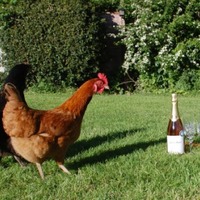