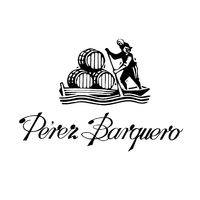 A tour through the vineyards as well as a careful examination of their pressing houses and cellars and a thorough knowledge of both the production and ageing process cannot but make us appreciate one by one the wines of PEREZ BARQUERO.

Wines with own personality among the classics of Montilla-Moriles.

In the historic town of Montilla, South of Cordoba, a tradition of craftsmanship and wine making has been maintained since Roman times.

In 1905 the cellars of Perez Barquero were first established.

From its foundation, Pérez Barquero has continually dedicated itself to the production of the wine: from the selection of the best parcels of ground (chalky soils of the Sierra of Montilla and Moriles Alto); the harvesting, transport and pressing of the grape; the fermentation of the must. This is followed by a tasting and selection of the new wine which according to its characteristics will be aged in barrels to become either Fino, Oloroso, Amontillado or sweet Pedro Ximénez wine.

Pérez Barquero is now well known throughout the country and on top of the wines exports from the area.

The wines of Pérez Barquero are high quality wines that are appreciated all over the world.

Our vineyards are located in the most valued high quality zones of the Sierra de Montilla and Moriles Alto, where the substratum is so rich in organic remains, allows an optimal maturing of the grape and let us obtain a must of extraordinary quality.

Pérez Barquero generous wines acquire the magnificent properties that distinguish them not only by the fineness of the vines, the richness of the grape and the unique climate of Andalucia, but also by a natural process of maturing.

In the Bodegas, where there is a cathedral like structure, quiet and magnificence, after a careful selection, the new wine is rociado (transferred) to American oak butts.

Nature now takes over developing a flor, which is a film of living yeast cells, on the surface of the wine, preventing the absorption of oxygen and at the same time forming a barrier against harmful micro-organisms.

This biological ageing process under veil of flor is traditional and genuine in our region and gives our wines their characteristic aromas and bouquet.

This is the start of a delicate ageing process which will demand caution and constant care by our cellar masters: in the Criaderas & Solera system, which lies at the heart of wine making in Montilla, young wine is gradually mixed with older wines by transferring from barrel to barrel. We sack (extract) small quantities of wine from the solera (butts close to the floor, containing the oldest wine) and sprinkling them with wine from the first criadera (nursery), this with wine from second Criadera and so forth, according to the oldest traditions and ensuring the homogenization and unalterable maintenance of the quality of our wines.

A world of unbound care, affection and silence which comes out to enrich our lives and provide precious moments of bliss.

Finos, amontillados, olorosos, pedro ximénez, brandy and vinegar, so called de solera, share this peculiar and dynamic ageing system, which is longer, more complicated and expensive than the extended and static vintage system, and is exclusive to the south.

Awarded the most important marks of distinction in the world of wine –maximum scores in the Robert Parker rating system, prizes and awards in national and international competitions, pride of place in the leading wine guides -, Pérez Barquero is a house "that consistently keeps a strikingly high quality level throughout its portfolio, from young Finos oozing "flor", to mature, elegant, Amontillados, deep Olorosos, and sweet PX. The latter combines unctuousness and balance with great acidity, resulting from the concentration of the grapes in the raisining process and the concentration of the wines during decades of aging" ("1001 wines you must try before you die", by Neil Beckett).