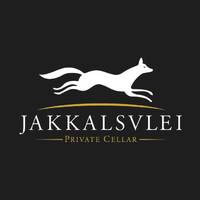 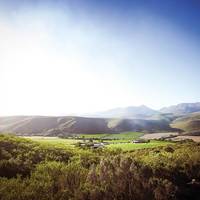 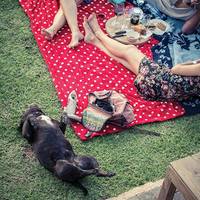 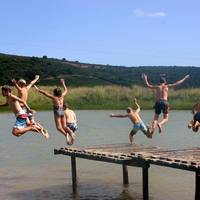 Jakkalsvlei, directly translated as Jackal’s Marsh, is a family owned winery nestled in the beautiful, world famous Garden Route. The Jonker family has been proud owners of Jakkalsvlei since 1972, and today it is farmed by the 3rd generation Jonkers on the farm.

The farmland was called Jakkalsvlei because of all the foxes, jackal’s and wild cats seen in the mountains surrounding the farmland. While hunting in the Southern Cape during this time, Nelis Jonker senior was inspired to buy this beautiful piece of land. Jantjie Jonker, Nelis’s grandson settled on the farm in 2006. In 2008 he bottled the first wine under the Jakkalsvlei label.

Today Jakkalsvlei wines are enjoyed by people all over South Africa, including some fine restaurants. You can’t help but fall in love with the breathtaking views and the beautiful mountain range surrounding the farm.

Come explore this unique, off the beaten track wine farm in the Garden Route and experience true Southern Cape hospitality.

In the valleys of Jakkalsvlei, where once succulent peaches and apricots were grown, some of the Southern Cape’s best wines are now produced. It all started when the current owner, Jantjie Jonker’s grandfather Nelis Jonker senior, frequently went on hunting trips on his sister and brother in law’s farm in the Herbertsdale district during winter. He loved the area and dreamt about its potential.

In 1959 he sold his farm and bought the property adjacent to his brother in law’s farm. He decided to plant apricots and peaches and supplied these to the Langeberg canning factory in Mossel Bay. And of course he also planted some vines and built a cellar … In 1972 grandpa Nelis bought Jakkalsvlei and went on to purchase his brother in law’s farm in 1980.

In 1987 his son and Jantjie’s father, Andrew, planted the first (Chenin Blanc) at Jakkalsvlei. In November 2008 the first wine, 1 000 litres Hanepoot desert wine and 2 500 litres Mount Cuvée (Pinotage/Merlot) was bottled under the Jakkalsvlei brand. Since then there has been no looking back. On 9 December 2009 the original tasting venue was opened to the public. During the same year Sauvignon Blanc, Rosé and Red Muscadel was added to the range. The Jakkalsvlei brand was also introduced into restaurants and off sales in the Garden Route. In 2010 Cabernet Sauvignon was added and in 2011 the Pinotage Coffee Edition – the estate’s most popular product. In 2012 the range was completed with the addition of another two products: River Cuvée (Chenin Blanc/Sauvignon Blanc) and TROP. Today Jakkalsvlei can boast with no less than 9 prestigeous awards for their wine. Good news is that Jakkalsvlei fans can now buy their favourite wines in the online wine shop or selected restaurants and outlets across the country.

During December 2014 the new state-of-the-art tasting venue was added and now visitors can enjoy the unique and acclaimed Jakkalsvlei wines combined with customized cheese platters and delicious build-your-own pizzas. Or simply take the short-cut and have a beer platter – served with Jakkalsvlei’s first of their craft beer range, the Jackal Lager.

This silky, fruit driven blend has prominent fruit flavours with a hint of citrus, resulting in a well-balanced wine with a soft lingering finish.

A full-bodied dessert wine. Deep ruby in colour, rich, yet gentle. A floral bouquet comes through on the nose, with typical raising sweetness and an intense flavour that lingers on the palate and follows through on the aftertaste.

Fragrant, playful, fresh and fun! A bubbly, fruity, natural-sweet wine best enjoyed in the summertime. Crisp and light, with a rounded mouth feel and a smooth finish.

At Jakkalsvlei we call our Port ‘TROP’, as we are prohibited from use of the word on our bottles due to registrational restrictions by Portugal. TROP in Afrikaans means ‘herd of animals’ but seen in a mirror it reads PORT. Made from Tinta Barrocca grapes. Beautiful aromatic nose of red berries and dark chocolate. Full-bodied with red fruits, peach, plum and black berry flavours with a lingering cocoa after taste.

A refreshing, well – balanced styled wine with attractive aromas of tropical fruit, guava and light citrus, which carries over to the palate of green apple and passion fruit.

This is the one! An oak-matured wine with roasted coffee bean and dark berry flavours with a smokey palate. Smooth tannins ensure a fruit-driven, lingering after-taste.

A well-rounded blend of Pinotage and Merlot, produced from grapes handpicked at optimum ripeness. This is an elegant wine, highlighting the unique character of each cultivar. Flavours of ripe plum and berries with soft tannins and a smooth, lingering finish. 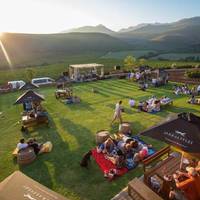 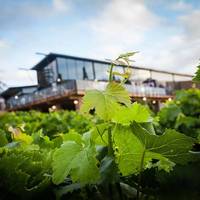 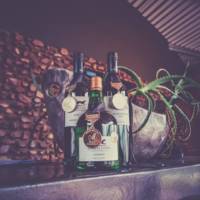 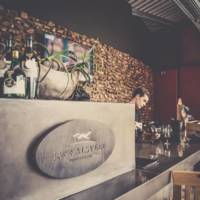 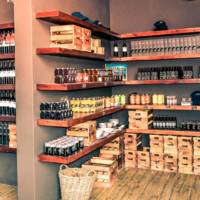