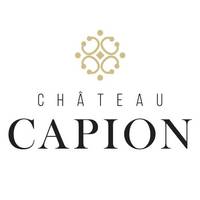 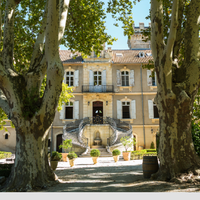 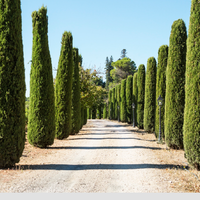 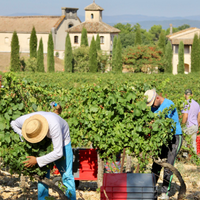 In the heart of the remarkable terroir of Aniane, near Saint-Guilhem-le-Désert, Château Capion is open to the public all year round. Classified as AOP Terrasses du Larzac, AOP Languedoc and IGP Saint-Guilhem-le-Désert, the wine estate invites you to discover its heritage through numerous wine tourism offers. Concerts, exhibitions, artistic residences and winegrowers' meetings take place every season. The 19th century château offers a unique setting in which to stroll freely: picnic area, gardens, educational trail in the vineyards and tennis court (rackets and mountain bikes on loan).

In the 20th century, Château Capion changed owners several times. Sold in 1900 to a family of wine negociants, the Wormsers, they were tragically deported to Auschwitz in 1944. In the sixties, the Château belonged to the Salasc family whose own land had been expropriated when Lake Salagou near Lodève was created. In 1996, the Bürhers moved to Capion, embarking on a renovation of the Château’s grounds by adding fountains, a French garden, an ornamental pond and an Italian dovecote.

In 2016, Château Capion was bought by Oleg Chirkunov. With a major overhaul of the vineyard, as well as the estate’s conversion to organic farming, a new phase in Capion’s story has begun. Today, we welcome the public all year round to our dégustations and our ever-popular cultural events.

Old manuscripts mention the château’s original construction in the 16th century, but most of the records we have today date back to 1873, when the Domaine de Capion (or CAPIOU for those speakers of Occitan) was acquired by the Keittinger family.

Already at this time, Mr Keittinger’s newly purchased estate consisted of (apart from the château) houses and gardens, ploughed land, vineyards, olive groves, woods and pasture that stretched over sixty hectares. The vines accounted for twelve of these. The land was, and still is, irrigated by a steady-flowing stream, the Gassac – though it can become more of a torrent, descending as it does from the Cévennes to bring a little fertility to the impoverished stony soil.

In the 1880s, work began in earnest on restoring the château to its former glory; and, at the same time, Mr Keittinger added to the property by constructing large cellars and outbuildings.

It was fortunate that he had plenty of money to burn. When Phylloxera hit France in 1863, sending wine prices rocketing and later decimating the Capion vineyard like so many others, Mr Keittinger still had enough in the bank to buy and import American vine stocks. He grafted them onto the few remaining French ones that had survived the natural catastrophe, and was able to look to the future again.

The Château Capion estate is a 45 hectare vineyard with a unique terroir. 200 metres up the Terrasses du Larzac, the land around its сhâteau, winery and wine cellar extends over three broad geological zones, the soils underfoot changing from Montpellier sandstone and clay to limestone gravels and alluvial silts. These habitats, the biodiversity present all around, and the climatic variations at Capion are nuanced in wines that express, in their power and finesse, their provenance.

To grow vines successfully, in-depth knowledge of the soil is crucial. With the help of soil scientists Claude and Lydia Bourguignon, every parcel of land at Capion has been studied extensively and the soil structures within our boundaries mapped. This allows us to know where the smallest variations lie so we might orientate our work accordingly.

Maintaining the vineyard means respecting the fragile ecosystem of the soil. It also means careful management of the vines. From the disbudding of a stump and the tying-in of cordons, to the work of intercourses and opening up the vine’s fruit area, everything is done by hand. Furthermore, the estate anticipated – and has advanced – its certification in organic farming. Since 2016, all phytosanitary products used at Château Capion are certified organic.

Syrah, Grenache, Cinsault, Mourvèdre and Cabernet Sauvignon are our red wine varietals; for our whites: Viognier, Roussanne, Vermentino, Chardonnay, Clairette, Grenache Blanc and Bourboulenc. Together, the average age of our vines is thirty years.

The original concrete tanks in Château Capion’s winery, which was built in the 1950s, could hold 2000 hectolitres. Today, these have been replaced by thermostatically-controlled stainless steel vats; and each plot is vinified in a dedicated tank, while micro-selections from the plots are isolated in containers of 25 hectolitres.

In 2017, we started the major project of re-designing and upgrading the winery. The hot and cold water networks used to regulate temperatures during vinification are now computerised, and the entire winery connected to this thermoregulation system via greener heat pumps.

Gravity flow winemaking (the practice of allowing wine to drop through different levels to gently extract colour, flavour and tannin, and avoid the use of pumps or mechanical force, as in traditional one-level cellars) is also possible today with the installation of two-stage stainless steel tanks.

Finally, for the maturation of our wines, we use premium oak barrels from manufacturers such as Boutes, Taransaud, Darnajou and Chassin. They come in different sizes (225, 500 and 1500 litres) and are specially selected for each plot. We have also purchased a concrete egg and amphorae for both fermentation and maturation, to learn how these alternative vessels might further define the purity and balance of the end product.

The harvesting is entirely done by hand. Each cluster is sorted at the vine before being transported to the cellar in small boxes, and stored in a cold room to preserve them. Then, they are put on a conveyor belt and sorted again, removing any that are of inferior quality.

Each plot is vinified separately. Certain grape varieties, such as Grenache and Syrah, have been isolated to grow in micro-parcels within a larger plot. The winemaking objective here is to select the best vines according to the nature of the soil and the quality of the grapes. 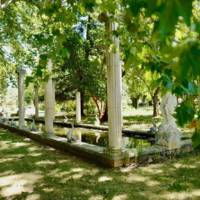 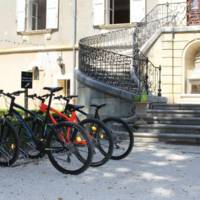 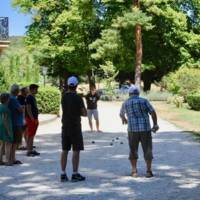 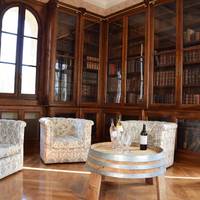 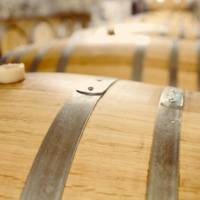